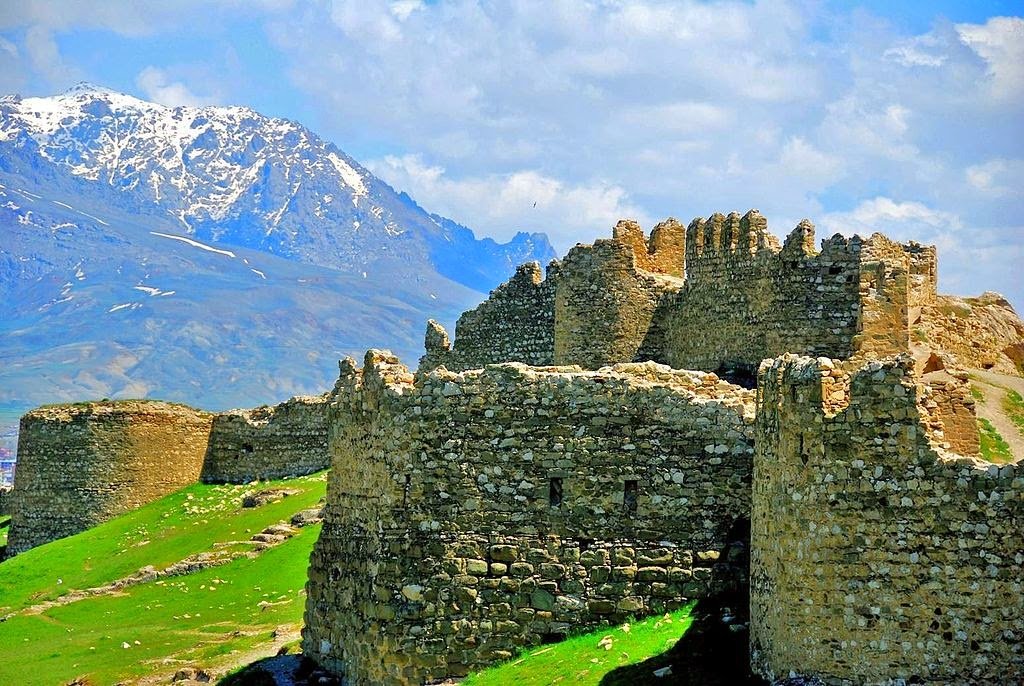 The weakening of the Hittite Kingdom by the end of the 13th c. B.C. Relieved the Armenian states of the external pressures they were facing the west, and resulted in somewhat of a slowdown in the process of state formation in the western part of the Armenian Plateau. The growing threat from Assyria also facilitated the process of consolidation of Armenian states and their eventual merging within a single unified state. The most powerful states, such as Nairi, Shupria and Uruatri, formed the core of the emerging pan-Armenian alliance, around which the final consolidation and formation of the unified Armenian state occurred.

Assyrian sources chronicling the mid-9th c. B.C. already refer to the existence of a unified state on the Armenian Plateau that by 860 B.C. controlled territories south and west of the Lake Van.

Known as the Kingdom of Van, this first unified state on the territory of the Armenian Plateau existed from the 9th to 6th cc. B.C.

BY THE 8th c. B.C. Van Kingdom reached the zenith of its power and prosperity, established control over most of the territory of the Armenian Plateau.

In 782 B.C. King Argishti l founded city-fortress Erebuni, today’s Yerevan. Archeological excavations on the site in the 1950s helped recover, among many precious artifacts, u cuneiform tablet containing Argishti’s original record on the founding of the fortress Erebuni. Viewed as the “Birth certificate “ of Yerevan , the tablet is spectacular testimony on the stone to the approximate 2800 years of history of the Armenian capital. It is now on display at the National Museum of History of Armenia.

Over 500 cuneiform texts left by the Van Kings are identified today on the territory of modern Armenia, as well as Turkey and Azerbaijan.  Mostly these are records of conquests of provincies and people, founding of towns, fortresses and temples, planting of gardens and vineyards, horse and other domestic animal breeding, and production of various items and objects in iron, bronze and gold.

In the second half of 8th c., the Assyrian star that had reached the zenith of its power, delivered the Van Kingdom a series of powerful blows. Despite the devastating campaigns Armenian Kings continued to pursue active external policies. Russa ll built the town-fortress of Teishebaini on the opposite hill overlooking the fortress of Erebuni on the outskirts of modern-day Yerevan. Teishebaini was  a major economic and military center, and a provincial capital with large storage facilities where wine, oil and other food items were kept for military needs.

By the late 7th c., it had become harder and harder for the Van Kingdom to defend itself against the incursions by Scythes and Cymmerians. The territory of Van Kingdom gradually shrank, and its power challenged by vassal “Kings” and tribes more often. The power of Van Kings extended only as far as the territories adjacent to the Eastern shore of the Lake Van.